الرئيسية»اخبار المركز»The Mysterious 28 Pages of the Joint 9/11 Inquiry: Ties between the US and Saudi Arabia 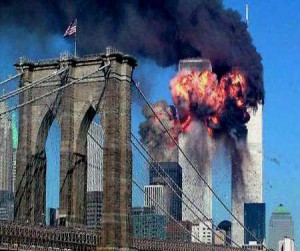 There is a powerful case for de-classifying the “28 pages” of the Report of the Joint Inquiry of the US House of Representatives and the US Senate into 9-11 — regarded as one of the United States’ most sensitive documents — which has been kept under wraps since 2003.

The families of the 9-11 victims are demanding that the 28 pages be made public. A number of prominent present and past legislators are making the same plea. In fact, there is a Bill before the US House of Representatives requesting the White House to reveal the document. Well-known public figures and several NGOs in the US have been campaigning for the release of the 28 pages for some time now. Justice for the families of the 9-11 victims demands that the 28 pages be de-classified immediately. Non-disclosure means that the deep pain of not knowing the whole truth about the 9-11 operation will continue to cause anguish to the bereaved families. As Terry Strada, the national co- chair of the 9-11 Families and Survivors United for Justice Against Terrrorism put it at a media conference on Capitol hill on 7 January 2015, “ When former President George W. Bush classified the 28 pages of the Joint Inquiry he effectively protected the people who gave financial and logistical aid to at least some of the 19 hijackers while they were here in this country ( the US). He effectively denied the 9-11 victims and survivors, and the American people, the truth about who was behind the worst attack on American soil. By hiding the truth about who financed 9-11, the guilty parties have gone unpunished, free to continue financing terrorist organizations, and, as a consequence, we have witnessed the creation of branches of al-Qaeda, like ISIS, grow at an alarming rate.”

I am hoping that the release of the 28 pages may persuade the American people to put pressure on the US government to reveal much more about 9-11 than what is currently known. Was there a link between the financiers of the 9-11 operation and intelligence networks in various countries who may have had their own agendas which the hijackers and their immediate backers may not even have been aware of ? Is the War on Terror, launched in the wake of 9-11 by Bush and the neo-cons, and the various acts of terrorism associated with Al-Qaeda, ISIS ( or Daesh) and other such outfits since then, part of the same complex narrative whose real purpose is to perpetuate the US drive for global hegemony ?

There are powerful forces who do not want the American people or the citizens of the world to connect all the dots that will tell the real story about 9-11. They are against the release of the 28 pages. The government of Saudi Arabia for instance — since Saudi citizens are allegedly implicated in the financing of 9-11 in the 28 pages — has threatened to sell off 750 billion in US Treasury securities and other assets if the US Congress passes the Bill before it. President Obama himself has made it clear that he is against any potential legal action targeting Saudi citizens.

Regardless of how the 28 pages saga unfolds in the coming months, Saudi-US ties appear to be undergoing a change. Blind protection of Saudi interests by the US Congress or the White House may be more difficult to come by in the future. The stand adopted by Obama on the Iran nuclear deal , which incensed Saudi rulers, is an indication that the US leadership no longer interprets threats and dangers in West Asia through Saudi lenses. In a recent interview with The Atlantic Obama rejected the idea that Iran is the source of all the problems of West Asia.

Less dependence upon Saudi oil may have contributed to this change on the part of the US leadership. There may be two other more compelling reasons. Saudi association with terrorism and its hidebound conservatism,widely discussed more in the Euopean than the US media — has had some impact upon US elite thinking. The US, it seems, does not want to be weighed down by the Saudi baggage. Equally important, some US foreign policy analysts realize that the pattern of power in West Asia and North Africa (WANA) is changing and Iran is emerging as an influential actor with a decisive role in not only Syria and Iraq but also in Lebanon, Yemen and Bahrain, among other states. It makes some sense for a hegemonic power operating in WANA to adjust to this reality.

Nonetheless, the US –Saudi bond will remain for a long time to come. Saudi Arabia purchases arms on a massive scale from Western powers and counts upon the aura of their military prowess to preserve the House of Saud. The US, on the other hand, views its special relationship with Riyadh as a sort of insurance for the “ security” of Israel. And the security of that state is paramount to Washington as it is to London and Paris.

But then is a reset also in the offing in the relations between certain Western powers and Israel? That is a subject for a different occasion.

(Dr. Chandra Muzaffar is President of the International Movement for a Just World (JUST